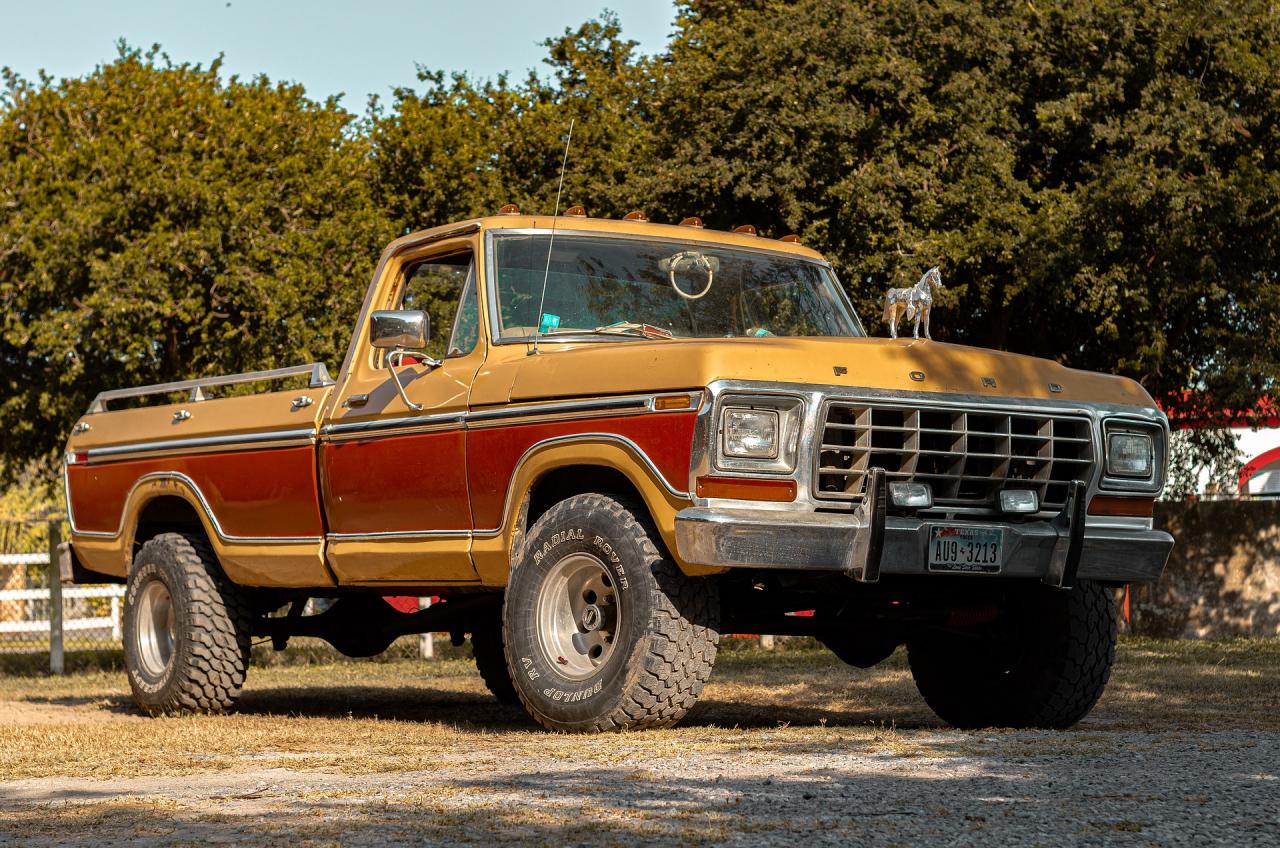 “Built Ford Tough” isn’t just a slogan these days. It’s a way of life for Ford enthusiasts around the globe and the new focus isn’t a coupe or hatchback. It’s the rugged OBS Ford F-Series trucks and Broncos from 1980 - 1997. In fact, “Built Ford Tough” was coined for the 1980 model year Ford trucks and has been the motto of every generation since.

What is the definition of an OBS Ford Truck? Simply put, “OBS” stands for “Old Body Style” but the year ranges are a little complicated when we get into the later years of these models. Generally speaking, from 1980 to 1995 the Ford F150, F250, F350, and Bronco shared the attributes that earned them their body style monikers. In 1996, F150 went its separate way with a more aerodynamic body design and a new code scanner under the dash, called an OBD2. The Ford Bronco held out for one more year with its iconic square body because they planned on discontinuing it after 1996. But Bronco upgraded to the OBD2 for one year because they were required to. The F250 and F350 kept their square body style through the 1997 model year and remained OBD1 on a national exemption, EXCEPT in California where they were required to be OBD2.

Did you follow all that? A lot was happening with the OBS Trucks and Ford Motor Company in the mid-90s. It was a season of change for sure. A lot of us are grateful though that they shifted to the new body designs even if we weren’t a fan of the new look overall. If they just stayed with the old square body Fords, then we wouldn’t have anything to call OBS today.

Let’s break the OBS F-Series and Broncos down in their own sections below and discuss some factory specs and upgrade opportunities. 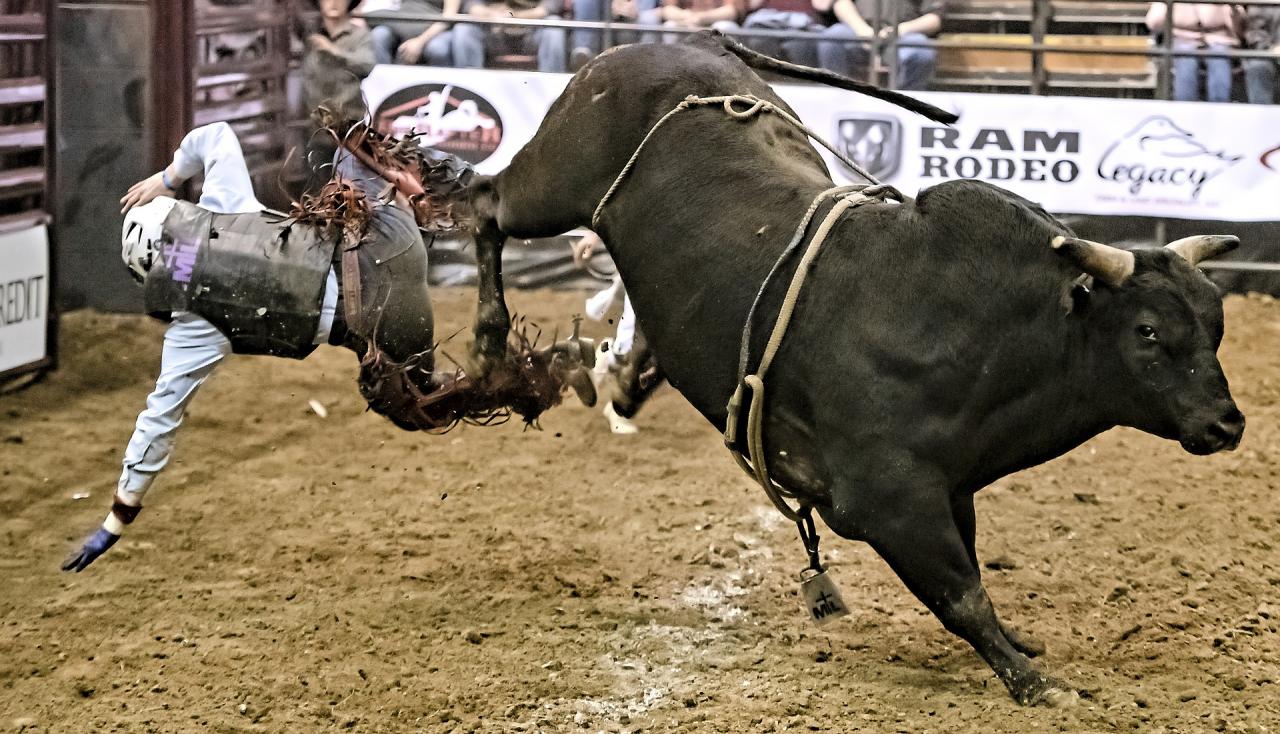 In 1980, the seventh generation F-Series was brought to market. It wasn’t the first Ford truck to be Built Ford Tough but it was the first to proudly proclaim it. Offering the standard cab and the SuperCab gave Ford fans a couple of options for cab space. Some minor upgrades included a column-mounted ignition cylinder and an interior hood release, making our batteries a little more secure. Much to our chagrin the 4-door Crew Cab was booted to the curb in 1980 but it made way for two new versions of the F-350. We received the first dually "Six-wheeler", giving it a real mean HD appeal, and the first F-350 4x4, combining real form and can-do function in this powerful truck.

In 1981, Ford felt that its bull nose or slanted grille design was a real keeper along with the interior, so they focused on powertrain upgrades. Radial ply tires and halogen bulbs were the next standard add-ons. This put better rubber to the road and brighter headlights leading the way. Had Santa gone Ford Tough, poor Rudolf may have never gotten his shot.

In 1982, the F-Series made some major minor changes that would stand the test of time. A simpler grille would adorn the front of these trucks and the “F-O-R-D” letters were removed from the hood. The iconic Ford blue oval emblem, which strikes fear in the hearts of GM employees, became the new grille centerpiece and has stayed there for 40-plus years; except on the Ford Raptors. But hey, nobody is perfect I guess. Fender badges also changed to shift away from trim call letters to model displays of F150, F250, F350, and so on. Ford introduced the F250HD this year, as well. This Heavy Duty F250 was a combination of the standard F250 and the exceedingly more powerful F350.

Last marketed in 1979 the 4-door Crew Cab F350 big dawg mean machine made it back into production in 1983. It was only in a single rear wheel configuration for some reason, but they fix that mistake in later years.

As a result of the additional F-Series options and trim revisions, the Free-Wheeling option package changed to the free-standing XLS trim which was considered the “Sport” package. It was this year that Ford retired an old and decorated soldier from its lineup. The Ford F100 slowly disappeared into the mist, a true pioneer for truck kind. Had it not been for this ACTUAL trailblazer we may have never gotten to the bestselling line of trucks; we know today as the F-Series and Rangers.

In 1984, F150, the ½ ton truck in the model line was the smallest F-Series truck available with the retirement of the F-100. This was also the year that Ford Motor Company included the clutch interlocking system that required you to depress the clutch while turning the key to start the truck. This was a safety feature that prevented the vehicle from lunging forward or backward when starting the truck. The other upgrade for this year was galvanized steel and pretreated steel used in the body panels to supposedly help prevent and slow down rusting… Tell that to our rear quarter panels, rusted rocker panels, and roached floorboards. #AmIRight

1985 brought minor changes to the interior of the F-Series trucks; wood grain was an option for top-end trim and some seat design changes took place. The F-350 got its extra wheels back on the crew cab, though. I told you that mistake was gonna get fixed with the quickness. A brushed aluminum nameplate was included on the tailgate between the lights as an aesthetic upgrade on the premium truck lines. 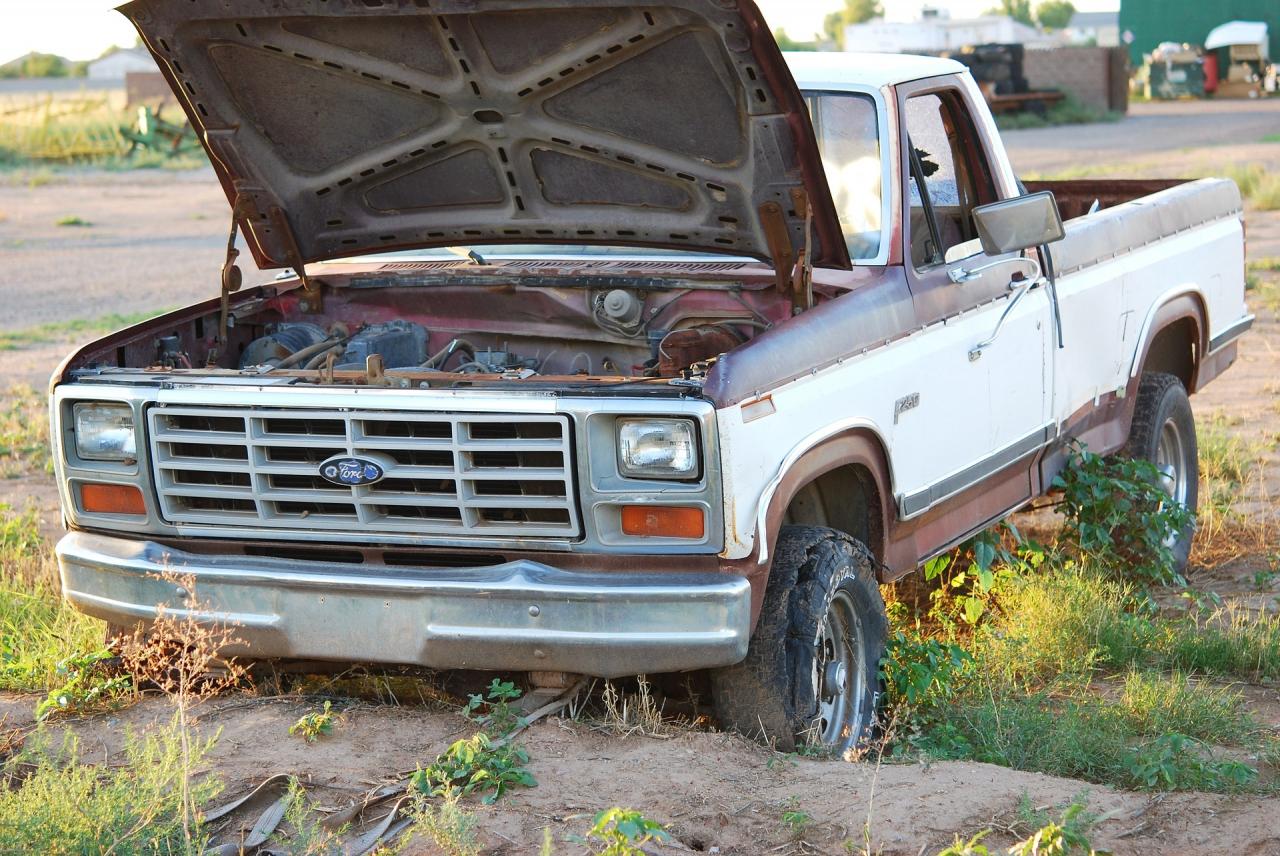 1987 brought us the eighth generation of the Ford F-Series line of pickup trucks. While the 1980 cab and chassis were carried over to the new model, the 1987 model was more streamlined, and maintenance items were made simpler. The exterior was facelifted with new composite headlamps, a more aerodynamic front end, and circular fenders. Inside, the interior was given a complete redesign. Rear antilock brakes were now standard in the F150 and it’s the first pickup truck to boast this. For the first time, all models were produced with straight-sided Styleside beds; the Flareside bed was discontinued except for a small number of early 1987 models using leftover 1986 beds with new circular fenders. In 1991, Ford premiered the 9th gen taillights (the white reverse light was decreased in size) in the last year of the 8th generation.

In the interest of aerodynamics, the lines of the hood, front fenders, and grille were rounded off in 1992, earning Ford F150, F250, and F350 “The Aero Nose” nickname. Along with the larger grille, the headlights were enlarged (with the turn signals again moving below). Inside, the interior was updated with a redesigned dashboard along with new seats. Extended-cab (SuperCab) models received larger rear side windows. A notable change included the reintroduction of the Flareside bed that returned for production in 1987. Instead of the previous classic-style bed, the Flareside bed was now a narrow-body version of the dual-rear-wheel bed; the rear fenders were repositioned to fit the width of the cab. Also, unlike the classic Flareside bed, dual gas tanks were available with it, but only for 2-wheel-drive models. There are also F-150 badges being replaced by special Flareside badging as seen on the front fenders.

The 1994 models brought a slightly updated dashboard and the addition of a standard driver's-side airbag on F-150s and light-duty F-250s only, a center high mount stop lamp (CHMSL), brake-shift interlock, and CFC-free air conditioning. New options for 1994 included remote keyless entry with alarm, a compact disc player fitted into the regular stereo system, and a power driver's seat; an electrochromic inside the rearview mirror was also offered for 1994 and 1995 as part of a luxury light package.

I am not really a fan of the nickname, "The Aero Nose." It gives a real "Boy Named Sue" kinda vibe to me. Like, if the 92-96 Ford F-Series trucks found the person that gave them that g-awful name they would beat the stuff out of them in a parking lot of mud. What about "sleek nose", "slim nose", "smooth nose"... Anything but Aero...

The OBS Ford Trucks had a pretty long run from 1980 to 1997 depending on the model you were looking for. It’s been almost 30 years since that last old-body style Ford truck rolled off the assembly yet it is not too difficult to find them for sale in decent running shape. There’s a reason why the Ford F150 has been the best-selling vehicle every year since the 70s. They are the best trucks around and “Built Ford Tough” isn’t just a meaningless motto. It’s a way of life. They were built to last no matter what you put them through. That’s why there are more OBS Ford trucks still on the road than all other makes and models combined. After all, if it ain’t broke, it’s probably Ford.