Jeff’s Bronco Graveyard has been in business for over 30 years. We take great pride in offering the highest quality Ford Bronco parts at a very low cost and we also try to offer all the help that we can along the way.

Below you will find the most popular categories. If you have any questions or are having any trouble locating the 1968 Bronco part you need, contact us online or call 248-437-5060 today. 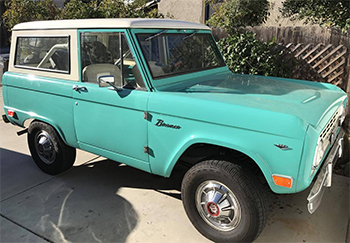 History of the 1968 Ford Bronco Parts and Production Numbers

Customer Images of Their 1968 Bronco