Jeff’s Bronco Graveyard has been in business for over 30 years. We take great pride in offering the highest quality Ford Bronco parts at a very low cost and we also try to offer all the help that we can along the way.

Below you will find the most popular categories. If you have any questions or are having any trouble locating the 1966 Bronco part you need, contact us online or call 248-437-5060 today. 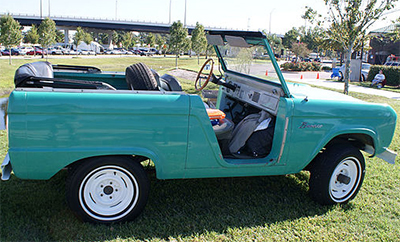 Below is an excerpt from the the original owner's manual that was provided with the 1966 Ford Bronco.

When you purchased your new Bronco, you entered upon a new adventure in motoring convenience. The Bronco combines the high quality and dependability Of a conventional Ford-built product with the flexibility of a sports utility automobile.

If you want to enjoy the really rugged country for hunting, fishing or camping, Your Bronco is equipped to release you from the confines of the over-crowded highway. The 4-Wheel Drive will take the rough terrain in its stride. The sturdy engine will give you steady economical power.

The Bronco is an ideal helper for doing chores around the house such as gardening, lawn care, carpentry, plumbing, etc. It can carry the necessary tools and materials with more ease and dispatch than other types of vehicle.

For any job that Is too rough for a conventional passenger car but where a truck would be cumbersome and costly, you have the answer in your Bronco. After a winter storm, when everyone is "snowed in", your Bronco will come to the rescue in delivering the children to school and Dad to work. This peppy little car will prove to be a faithful servant for exploring, hunting, camping and numerous other pursuits

Like any good servant, however, your Bronco deserves to be treated well. This means taking it to your Ford Dealer at the regular scheduled maintenance periods outlined at the back of this book. Your dealer has the modern equipment, genuine Ford Parts and the factory-trained personnel to supply "Quality Car Care". Only you can furnish the regularity. If you do, your Bronco will continue as the faithful servant it was designed to be.

Welcome to the Ford family of fine cars! We know your Bronco will afford you many miles of satisfaction. 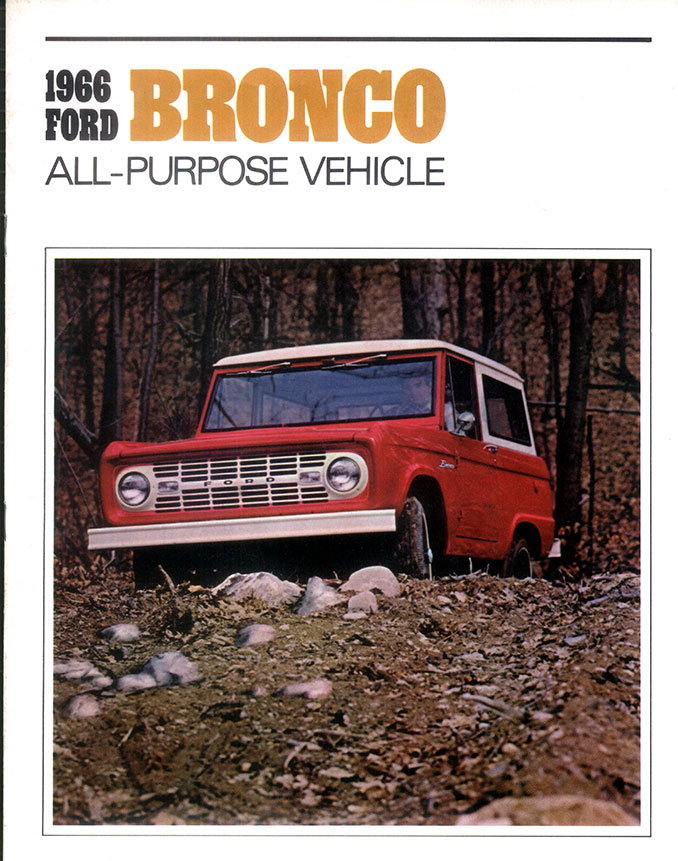 History of the 1966 Ford Bronco Parts and Production Numbers 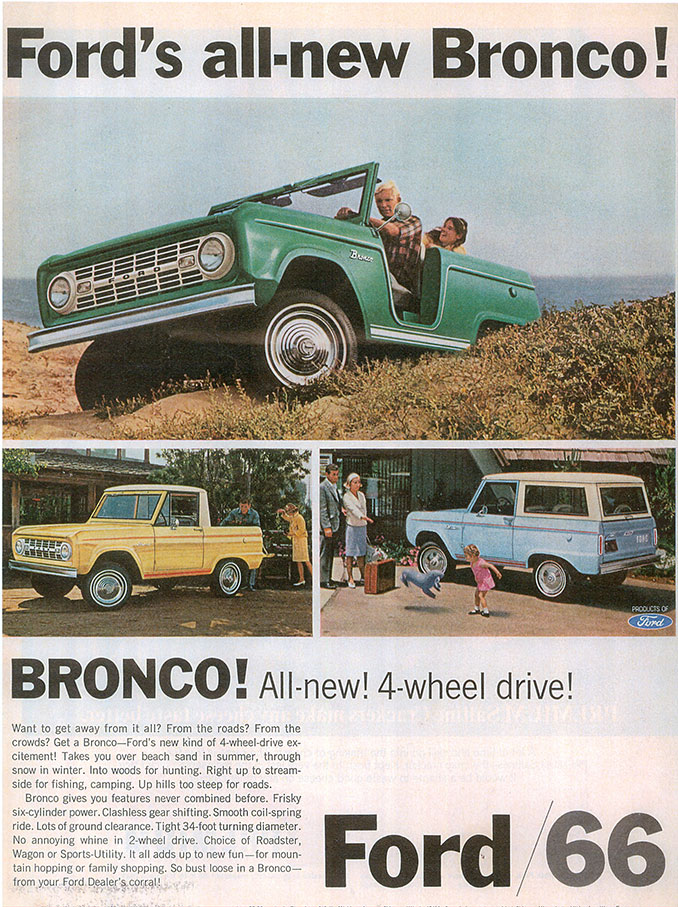 Customer Images of Their 1966 Bronco