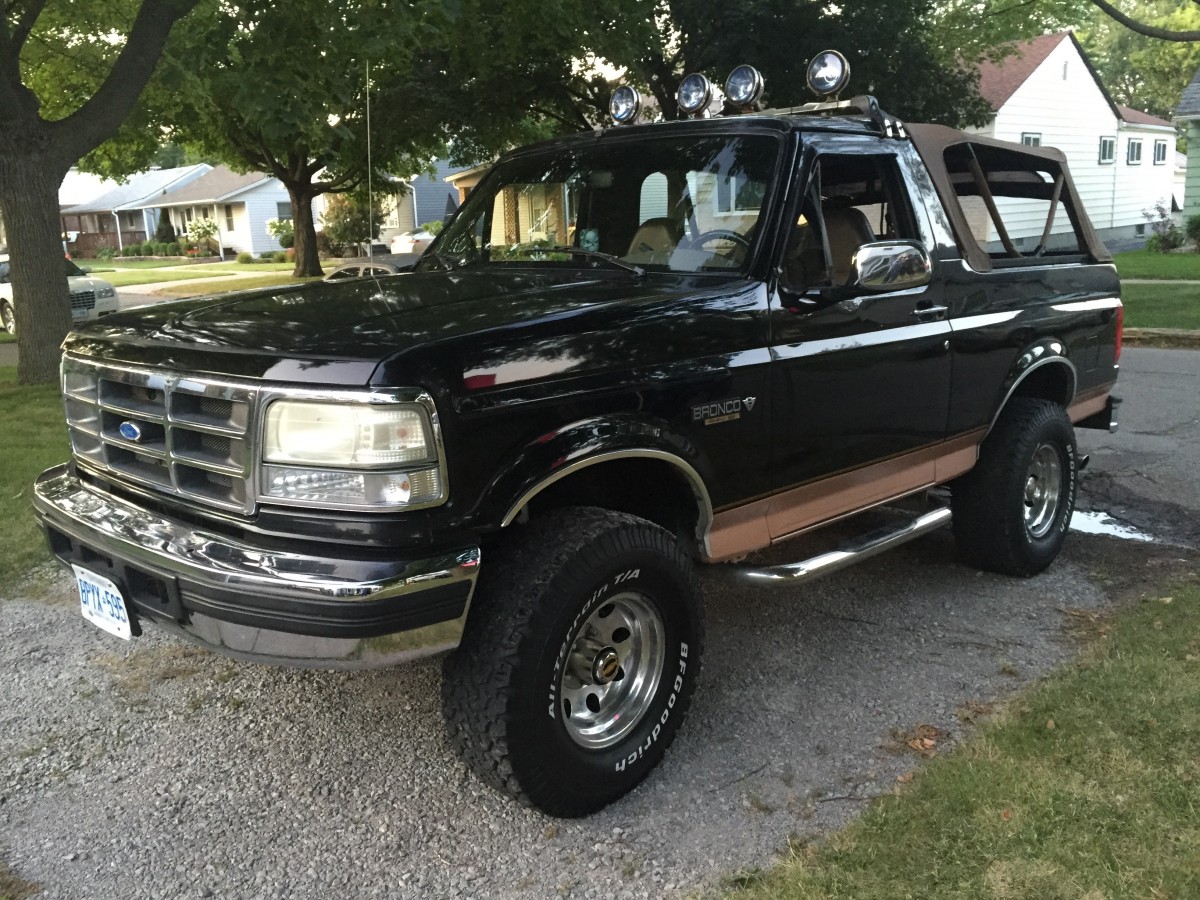 Ways to Keep Your Bronco or Ford Truck From Rusting

If you live in the midwest or happen to buy a car from this area, you know the biggest issue is usually not dealing with the engine or brakes – it's rust.

They call it the rust belt for a reason. Most of the states in the midwest use salt on the roads in the winter to melt the snow, but it also melts away the body on your classic Bronco or F150.

When looking to buy a used Bronco or F150, it's best to keep an eye out for rust's decay and corrosive effects. 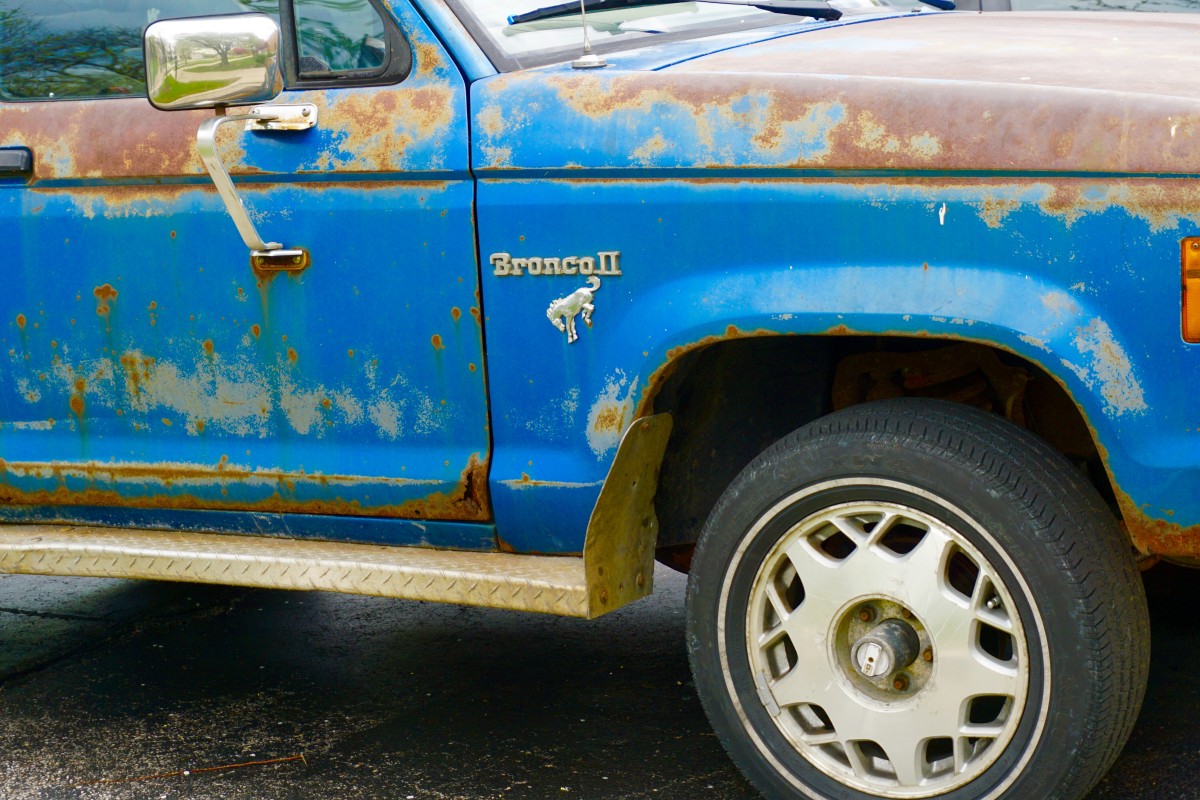 Rust is an iron oxide and typically a reddish-brown oxide formed due to a reaction of iron and oxygen from exposure to water or air moisture. Given sufficient time, any iron in the presence of water and oxygen will eventually convert entirely to rust. Classic Bronco lovers hate when this happens.

Surface rust is not as challenging to deal with because it usually doesn't impact the structural integrity of the part or body panel. It just looks terrible. It is flaky and brittle and does not protect the underlying steel or iron, unlike the patina that forms on copper. Rusting is the term for corrosion of iron and its alloys such as steel. Other metals can have similar corrosion, but it's not called rust.

Keeping Rust on Your Ford Truck in Check 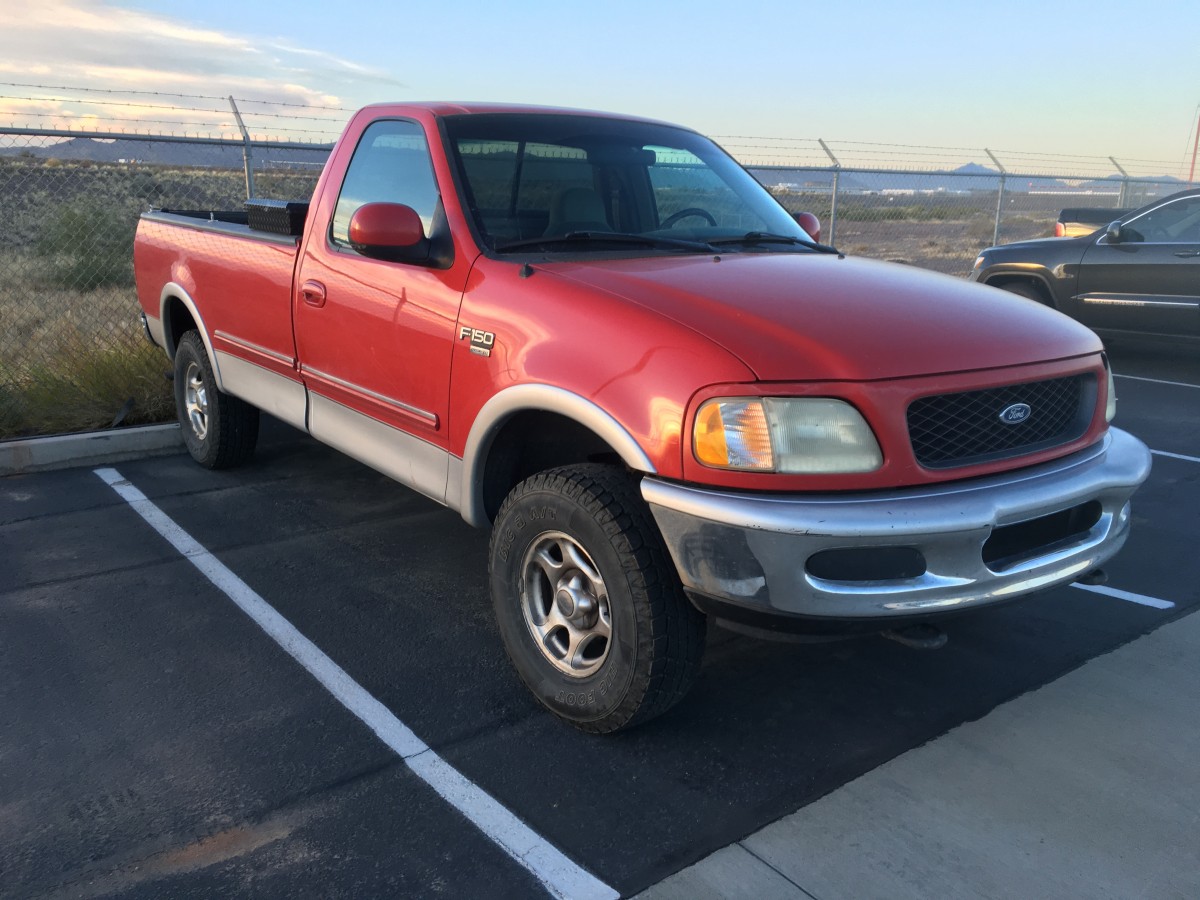 For most classic Bronco and F150 owners, keeping rust out is not as pressing of an issue as treating and managing the rust that is already present. If the frame rails start to rust, it is typically surface corrosion. But if the rock salt packs into the boxed frame and sits there all winter long, it can be a source of rust from the inside out. And it will eventually perforate the frame rail and cause a loss of frame rigidity.

Some products on the market help treat and prevent rust, but nothing will get rid of corrosion entirely unless you cut it out and replace it with a new panel. Floorboards, for example, are prone to rust because water and moisture from your boots sit there for prolonged periods, seeping into the floor and eventually causing corrosion that creates a hole or rots all the way through.

But these are not deal-breakers for those owners who are handy with a welding torch. You can cut the floorboards out and weld in new aftermarket pieces that will be nearly brand new afterward. If you have some minor rust and want to keep it that way, products such as rust inhibitors or rust converter products can help keep it at bay.

Rust Prone Areas on Your Bronco

Areas to keep an eye on for rust around your Bronco include the fender wells and doorposts. Doorposts are a little more challenging if these areas rot out. More labor involves cutting these areas out and welding in replacement panels, making sure everything lines up correctly. This is not a job for a novice mechanic or faint at heart.

When you're inspecting a Bronco for rust, look around the hood cowl and windshield frame as moisture and corrosion build-up here on classic models. The floorboards, rocker panels, doorposts, and inner fenders are must also be inspected thoroughly. The floorboards, in particular, and a trouble spot because rust can be covered up by undercoating. Be sure to peel back as much as possible.

Most Bronco owners say that the tailgate is highly susceptible to rust. Like the doors, the ability to trap moisture between surfaces means they are prime areas for rust to set in.

Aside from the body panels, the structural integrity of your Bronco is of utmost importance. You should inspect the frame rails, cross-members, and suspension points carefully. If the rust is bad in these areas, it's most likely a deal-breaker, and you're better off walking away from the project.

If you have access to sand-blasting equipment and some good rust reformer paint, you can make your Bronco look new again and last for many years to come. Baring a total restoration, cleaning up the rusted areas with a wire brush, sandpaper, and some brake cleaner to allow metal primer paint to stick to the surface. Then take your Bronco to get undercoated with either an oil-spray or rubber-type product that will keep the rust from spreading further. 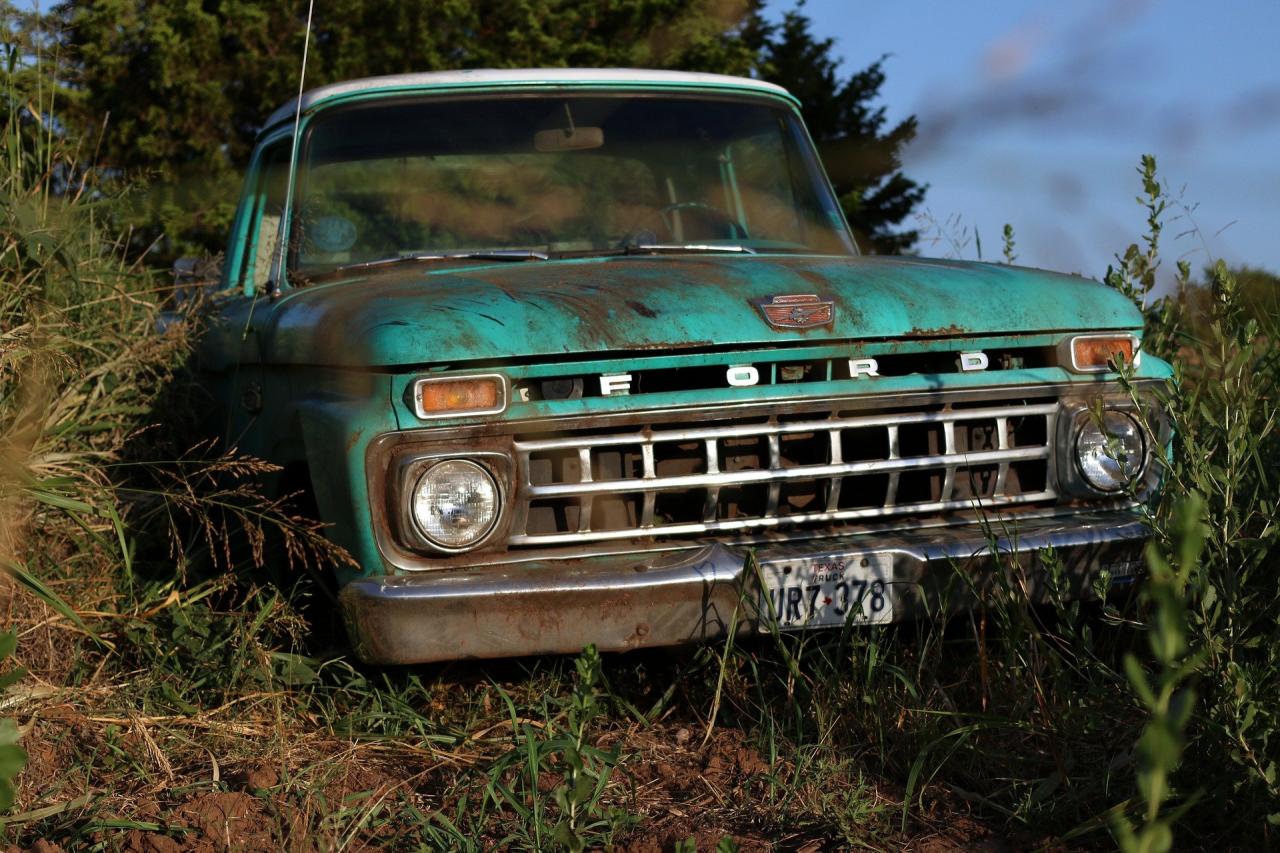 Rust is the number one enemy of classic car and truck owners. Once it starts, it is tough to stop. But doing some simple prep work and cleaning the truck often will help slow down the decay and corrosion.

If some of the rust issues get out of hand, you can always contact Jeff’s Bronco Graveyard at (248) 437-5060 for replacement Bronco body parts, like front fenders, quarter panels, rocker panels, entire tub kits when needed, and much more. When you visit Bronco Graveyard for rust replacement parts, don’t forget to check out our classic bronco engine components, soft tops, upgraded bumpers, and more. We are the one-stop-shop for everything Bronco and Ford truck-related. 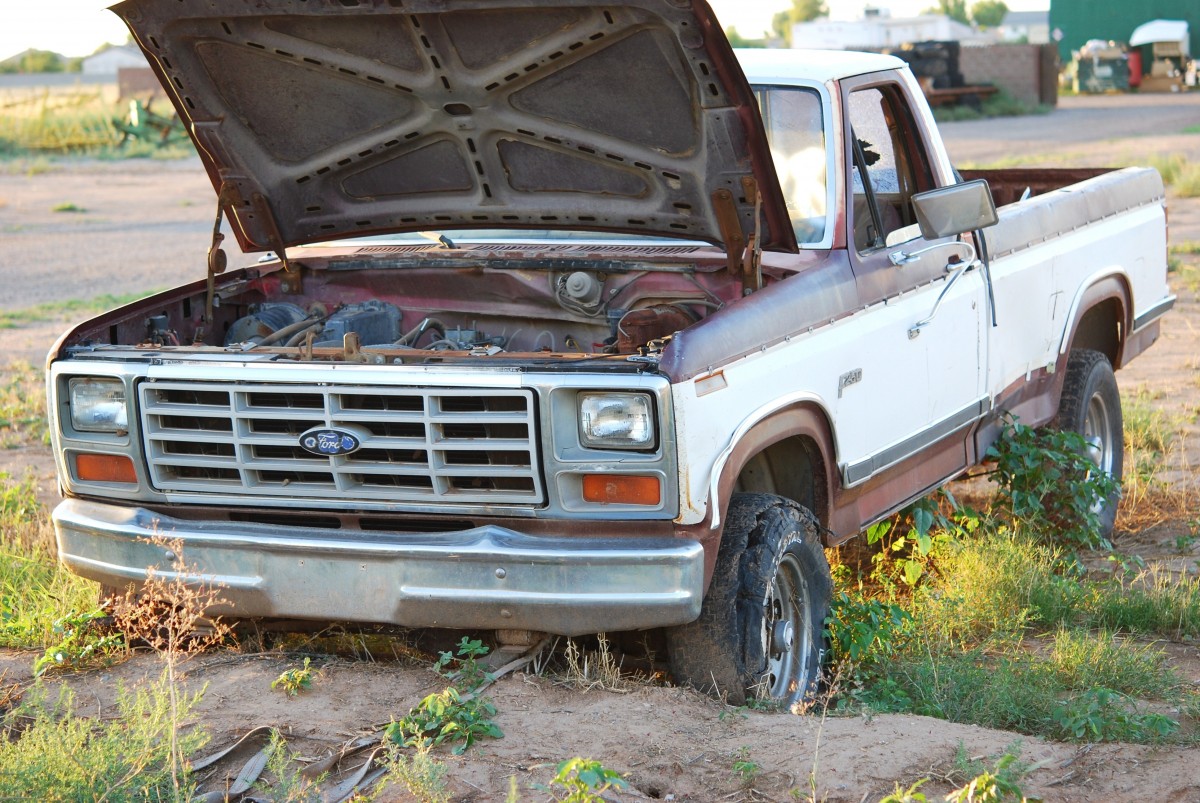